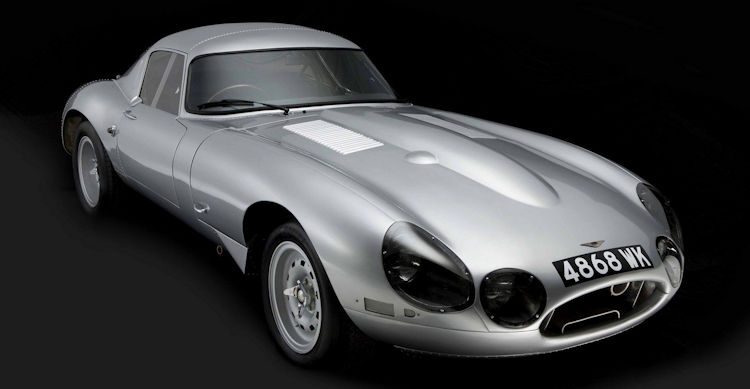 The Team CJ Low Drag Coupe is an alloy bodied tribute to the world famous Low Drag Coupe created by the Jaguar factory when they modified Peter Lindner’s 1963 Lightweight E Type roadster (chassis # S850662). Malcolm Sayer designed the bodywork with improved aerodynamics, hoping to push Lindner towards the winner’s circle at Le Mans in the spring of 1964. Unfortunately, the car suffered mechanical problems which ultimately led to it being withdrawn from the race. Tragically, just a few months later, Peter Lindner lost his life when he crashed his Low Drag Coupe while racing in Montlhery, France.

The donor car (and titled identity) of this particular Team CJ Lightweight Low Drag Coupe is a 1963 Jaguar E Type FHC (887568) that was built at the Browns Lane factory at precisely the same time as S850662. The two cars were completed within days of each other, both shipping out in May 1963.

The cost of a Team CJ Low Drag Coupe is $500,000, which includes the titled identity of an appropriate Jaguar donor car. Each car will take approximately 24 months to complete from commencement of the build process.